Will The Resurgence of QR Codes Have Value For Marketers?

The undead are ugly. This is certainly true of the shambling “walkers” on the cutting end of Michonne’s blades. But these guys were ugly back when they were alive and popular with marketing departments. We’re talking about QR codes.

Have you noticed chatter and articles about QR Codes recently? Go ahead. Check this column’s publication date. Yes, it is July 2016.

A few days ago, The Atlantic used a picture of a freshly graduated job seeker to accompany an article about how some people are fortunate to have their student loans paid by employers. The photo isn’t particularly relevant to the content, but it did prompt a question.

Who is going to scan a QR code on a mortarboard? Other than very dangerous men, I mean.

We’ve all seen QR codes in impractical places. How many of us have driven behind buses or trucks with advertisements that included QR codes? How was that supposed to work? I remember laughing with Rich Scotti, the communications director over at eLynxx Solutions, about QR codes on websites. How do I scan a QR code if it appears on a website I’m viewing on my phone? And if I’m already on a website, no matter what device I’m using, why is the QR code there at all? Clearly “why” was never asked by the people who signed off on the examples in this vintage PMC post (2012).

Inappropriate placement, security issues, and the requirement for users to find and scan the code with a reader app (that would not necessarily work the first time) afflicted QR codes more than the aesthetic issues some of us go on about. But while they might seem to be trending towards obsolescence in consumer advertising, QR codes are still being applied in a few new places.

Last year, we saw the debut of the “Snapcode” or “Snaptag” which are QR codes developed specifically for Snapchat. I see less of this now, but there was a moment when all the people too cool to follow me on Twitter had profile photos with their smug not-following-me faces inside ghosts set against a yellow background. Anyone who scanned their “Snapcodes” with the Snapchat app would then be following them on Snapchat. Adoption seemed decent back when TechCrunch covered this back in 2015, but I wonder how displaying the codes on huge LED screens worked out. Also, as reported by Fortune in May 2016, Snapchat’s camera can function as a general QR code reader.

Snapchat isn’t alone. Providers of messaging apps like Kik are developing ways to augment the realities of their users with bots working in concert with QR codes. If efforts like these result in QR codes becoming part of how these tools “pull the real world into” mobile devices, printers and designers will have reason to pay attention. But of course, that’s an “if.”

QR codes have also become part of the conversation around genetically modified organisms (GMOs) and food labeling. A bill to amend the Agricultural Marketing Act of 1946 is expected to be signed into law and require all bioengineered products to be labeled as GMOs. As discussed in an article on Wired earlier this month, QR codes have been proposed as a means for food manufacturers to make details available to consumers. Wired suggests this could be a worthwhile application of QR codes, if the “linked webpage could relay the full complexity of the issues surrounding genetic modification—if companies actually disclosed everything and if consumers actually cared,” but some parties fear that the codes will ultimately obscure more than they reveal due to obfuscation by manufacturers or unintentional support for fearmongering. In any case, I’m inclined to think only a small subset of consumers will care enough to open a QR reader in the produce section. Then again, perhaps they’ll be using Snapchat rather than a dedicated reader.

Things have changed for QR codes. During their heyday in US consumer advertising, they were deployed too often without thought or art. And so they fell. Hype doesn’t last. Though diminished, they’re still around and there may still be places where it makes sense to use them. What about you? Have you observed recent applications of QR codes in new or unexpected places? And did it make sense?

Andy Solages connects people and organizations with technologies to improve professional experiences and business results. Andy is a monthly contributor to Print Media Centr’s News from The Printerverse and a regular participant in #PrintChat on Twitter. 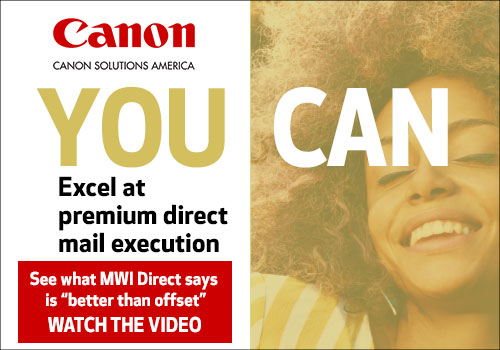