It has been almost a month since Printing United opened its doors and ushered in a long-awaited trade show that brought much of the industry together under one gigantic convention center roof. Powered by SGIA and NAPCO Media, the show expanded beyond the traditional wide format, screen, and specialty printing offerings found at the annual SGIA Expo to include digital and inkjet printing technologies, paper and software more commonly found at a commercial print show. And it was glorious.

There has been much written by and about exhibitors and their success at the show measured by booth traffic, leads and ultimately sales. Being there I can confirm the show floor was packed and visitors to the bigger booths were jockeying for position to get inside. That is what makes trade media headlines, but to me, the real success story lies in the miles of smiles that filled the aisles for three days in Dallas.

Yes, smiles at a print show. Big ones.

Team Printing United set out to redefine an industry event. By doing that successfully they created a result that has gotten no press – the resurgence of industry PRIDE! It can’t be measured by booth scans or bottom lines, but it oozed from every inch of the 700,000 square foot show and permeated the vast space through melodic conversations that crescendoed with the joy of discovering something new down every row, and around every corner.

I spent a good portion of the show running around trying to balance MC duties at Brand United, presenting 3 sessions, recording podcasts, visiting booths and talking to attendees with my focus on gathering intel from as many attendees as possible. Traditionally attendees are measured as a collective number by the shows and measured by exhibitors through scans, leads, and sales. Stories would be told of those who made purchases. I wanted to know first-hand how people felt about the show, so I grabbed a quick moment with hundreds of attendees as I navigated my way across, around, and up and down the convention center and asked them what they thought.

I have to admit I was not prepared to hear from HAPPY PRINTERS or exhibitors for that matter. With all due respect for exceptions along the way, both of those groups have been pretty whiney and mopey at trade shows I’ve attended for quite some time. It was surprising at first to hear positive reviews about their experience at Printing United, but it soon became clear that “happy” was trending and the event had affected everyone’s outlook on the future of the industry.

Print was never dead, we just acted like it was.

This is my biggest takeaway from Printing United. If you walked the show floor, if you sat in a session, if you visited a booth, if you chatted with someone on the bus or on the coffee line you could feel the heavy cloud of industry despair had lifted. People were optimistic about the industry and the amazing technology on display. There was no gloom and doom. No one had to be convinced print is still relevant or not dead or any of those topics that many of us have refused to take on or engage with. It was sweet revenge to see Printing United in all of its glory and aim a much warranted “HA! Told you so!” at everyone who has doubted the Rocky-ness of print. Sure we take some punches and get knocked down here and there, but it’s not over until it’s over. Ever.

And it’s far from over.

Printing United provided the opportunity for exploration of new equipment and expansion into new verticals with new partners. They called it convergence, I call it possibility. With the 2020 show in Atlanta looking to hit 1 million square feet, there is no doubt this is a new beginning, for all of us. To everyone who made this moment possible… who never gave up, who never fell victim to negativity, who got themselves to Dallas and believed the industry could work together…  YO Adrienne… We did it!

Listen to #JamieThePrinter and #WillThePrinter recap Printing United from the Printer’s perspective in this podcast:

Deborah Corn is the Intergalactic Ambassador to The Printerverse™ at Print Media Centr, a Print Buyerologist™, industry speaker and blogger, host of Podcasts from The Printerverse, cultivator of Print Production Professionals the #1 print group on LinkedIn, Head Girl in Charge (H.G.I.C.) at GirlsWhoPrint, host of #PrintChat every Wednesday at 4PM ET on Twitter, the founder of International Print Day and the founder of #ProjectPeacock. She is the recipient of several industry honors including the 2016 Girls Who Print Girlie Award and sits on the boards of the Advertising Production Club of NYC and The Magazine Innovation Center at the University of Mississippi.

Deborah has 25+ years of experience working in advertising as a Print Producer. She currently provides printspiration and resources to print and marketing professionals through PMC, and works behind the scenes with printers, suppliers and industry organizations helping them create meaningful relationships with customers, and achieve success with their social media and content marketing endeavors.

Explore Podcasts From The Printerverse

Have You Been PEACOCKED? Learn about this traveling show-and-tell providing PRINTSPIRATION to brands, agencies, and students!

Please subscribe to PMC’s News from The Printerverse for topical posts and information delivered to your inbox 1x a month.

Calling all Girls Who Print!! The Women’s Print Mentoring Network is open, FREE, and ready to match mentors and mentees. Sign up today! 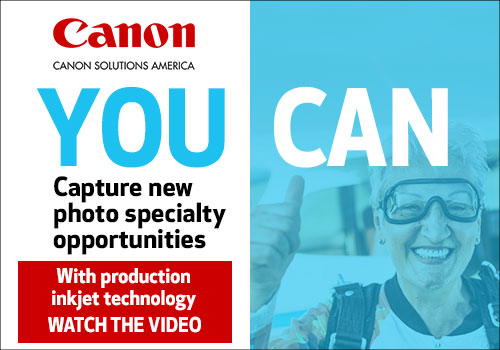